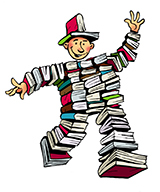 For calls published in June 2017 applicants can only apply under category 1 – 2-year projects.

This category includes projects that: - have a maximum duration of 2 years (eligibility period); -

are the subject of an application requesting no more than EUR 100 000,

Irrespective of the category of financial support under which publishers or publishing houses may apply, the project will also have to comply with the following requirements concerning languages: - The source language and target language must be officially recognised languages of one of the eligible countries referred to in section 6.1. of these guidelines. –

In addition, either the source or the target language must be officially recognised in one of the 28 EU countries, EFTA/EEA countries (Norway and Iceland) (referred to in paragraphs 1, 3 or 4 of section 6.1). –

“Officially recognised languages” are those defined by the Constitution or the relevant national law of the respective country. - Translations from Latin and ancient Greek (source language) into officially recognised languages of the 28 EU countries, EFTA/EEA countries (Norway and Iceland) (referred to in paragraphs 1, 3 or 4 of section 6.1 of these guidelines) are also eligible. - The target language must be the translator's mother tongue (except in cases of less frequently spoken languages if the applicant provides sufficient explanation). - Translations and publications must have a cross-border dimension. Hence the translation and/or publication of national literature from one official language into another official language within the same country is not eligible.

6.5. Eligible works (source) The projects will also have to comply with the following requirements concerning the original works (as a source) - Works in paper or digital format (e-books) are both eligible EACEA 10 –

The works to be translated and promoted must be works of fiction with a high literary value, irrespective of their literary genre, such as novels, short stories, plays, poetry, comic books and children's fiction. Non-fiction works are not eligible, such as: autobiographies or biographies or essays without fictional elements; tourist guides; human science works (such as history, philosophy, economy, etc.) and works related to other sciences (such as physics, mathematics, etc.). - The works must have been previously published. - The original works of fiction must be written by authors who are nationals of, or residents in, an eligible country (referred to in section 6.1 of these guidelines) with the exception of works written in Latin or ancient Greek. - The works of fiction must not have been previously translated into the target language, unless a new translation corresponds to a clearly assessed need. In any case applicants must respect a fifty year time limit since the last translation, explain the expected impact on new readers and provide a convincing explanation of the need for a new translation into the specific target language.